Canadian citizens who are also citizens of seven Muslim-majority countries have been banned from entering the United States by President Donald Trump in a massive break from the traditional free flow of travellers between citizens of the two countries.

The countries targeted by Trump’s 90-day ban are Iran, Iraq, Libya, Somalia, Sudan, Syria and Yemen. Tens of thousands of Canadians have dual citizenship in one of them. “Travelers who have nationality or dual nationality of one of these countries will not be permitted for 90 days to enter the United States or be issued an immigrant or nonimmigrant visa,” a State Department official said. “Those nationals or dual nationals holding valid immigrant or nonimmigrant visas will not be permitted to enter the United States during this period. Visa interviews will generally not be scheduled for nationals of these countries during this period.”

Trump’s Friday order even bars entry to the U.S. by permanent residents with “green cards” who are also citizens of one of the countries. That means, for example, that an Somali-Canadian green card holder who makes her home in the US cannot come to Canada to visit parents and then cross back over the U.S. border.

The order has created mass confusion around the world as governments, businesses and ordinary people attempted to decipher just what Trump meant. It is still not exactly clear. After the Homeland Security Department said green card holders would be banned, a Trump official told U.S. outlets that they could be approved on a “case-by-case basis” and would have to check in with a government official before leaving each time.

This comes on the hills of Prime Minister Justin Trudeau reshuffling his cabinet members, which included Ahmed Hussen, a former refugee from Somalia. Hussen came to Canada from war-torn Somalia when he was 16, and now is the  Minister of Immigration and Refugee of Canada.

When he formally assumed his new post, Hussen — who has been a lawyer, human rights advocate and community activist — said the trajectory of his life would affect how he approaches the job, just like it would for anyone else.

“I am extremely proud of our country’s history as a place of asylum, a place that opens its doors and hearts to new immigrants and refugees, and I’m especially proud today to be the minister in charge of that file,” Hussen told reporters outside the House of Commons on Tuesday. 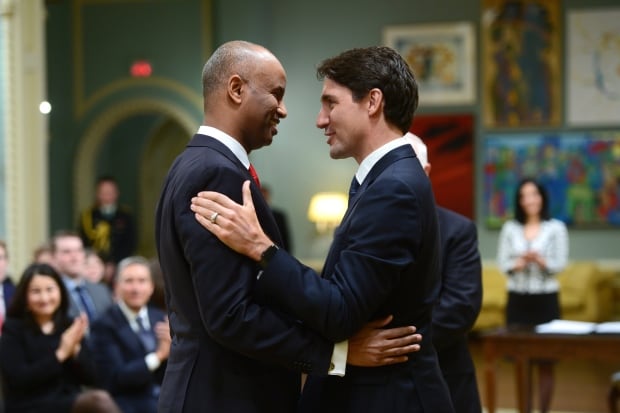 “The story of Canada is the story of immigration, and I’m especially proud and humbled that the prime minister would task me with this important role.”

READ MORE of Ahmed’s story after he was chosen for the ministry post here:  Ahmed Hussen, Somali-born Canadian MP, is the New Canadian Immigration Minister 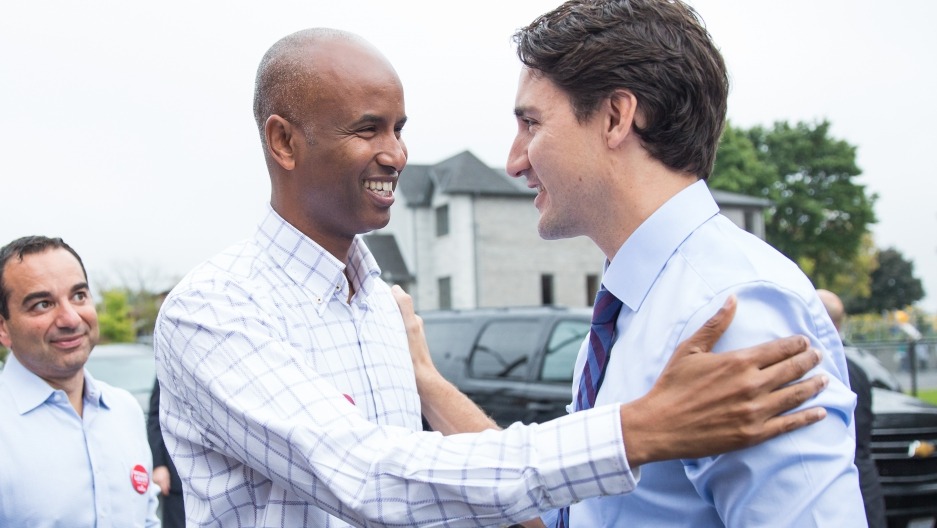 Sir Mo Farah: “The Queen made me a knight, Donald Trump made me an alien”