Yeezy catwalker Halima Aden caught the world’s attention earlier this year as one of the first models on a major fashion runway in New York to wear a hijab. But this summer, as she moves from magazine shoots to judging Miss USA alongside Ashley Graham who is a host, fashion watchers are likely to notice another staple of her everyday style: the baati, a classic cotton dress from her ancestral home of Somalia that often costs less than $20.

Though it’s a sort of housedress, designed in the spirit of one-size-fits-all utilitarianism, the baati conjures elegance and refinement rather than the scraggly bohemianism of the muumuu and caftan. That’s because of the self-possession of the women—usually Somali—who wear it, and because of the baati’s inherent versatility, the way its fluid, wide-sleeved silhouette flips from loungewear-like to dressed up depending on how it’s styled. 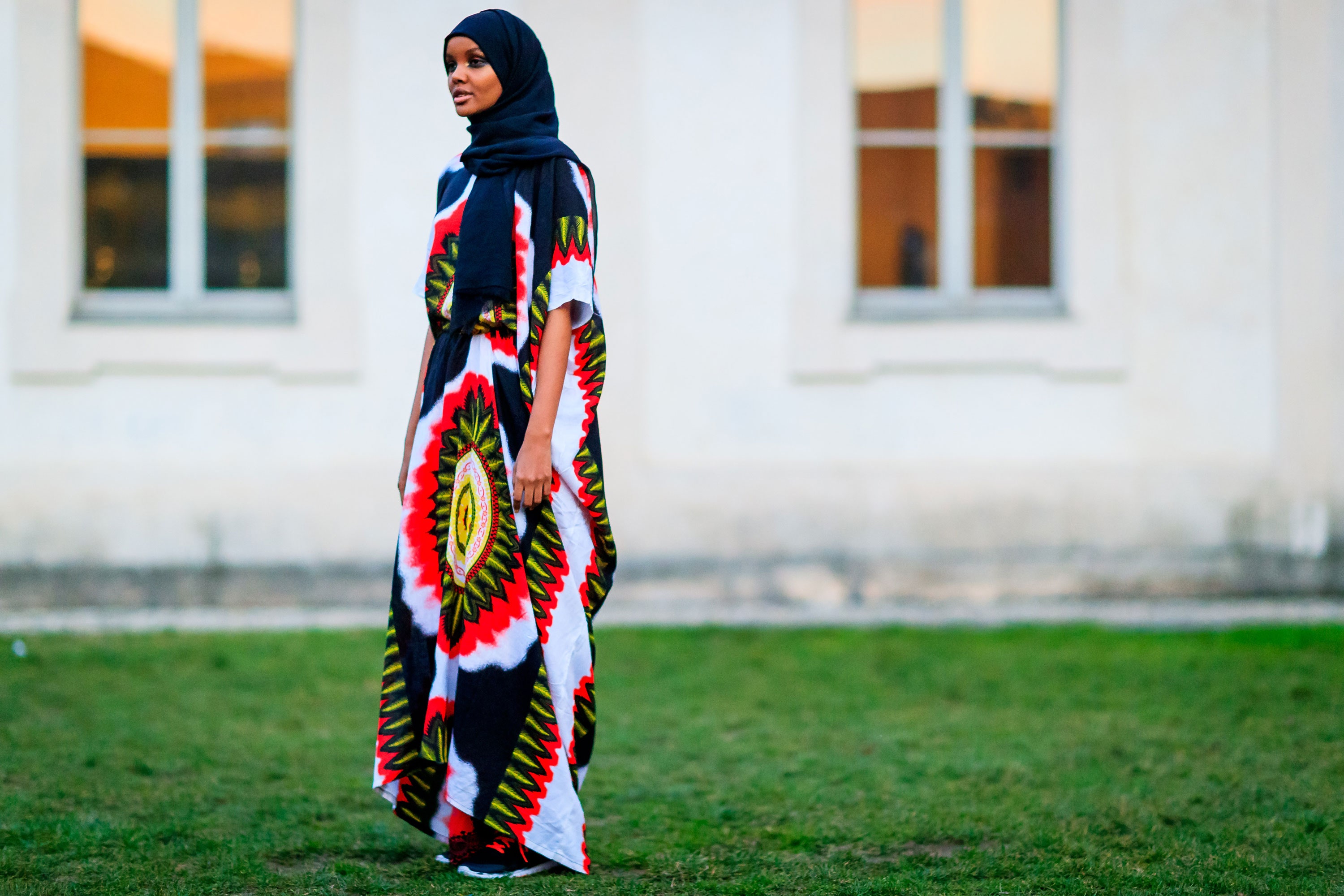 Aden, 19, started wearing baatis when she was 8 years old and has been photographed trekking the globe in them since February, when she signed to IMG Models. “I have found I am wearing them more than ever,” she says. “They are great for wearing on an airplane, when traveling, and perfect for wearing to photo shoots, where I am going to be making clothing changes on-site and need to be able to do that quickly,” she says. “My favorite thing about baatis is that they are so comfortable and easy to wear, like wearing cozy pajamas.”

The summer before sixth grade was the first time I wore a baati, and the first time I experienced that queenly feeling for myself. My paternal grandmother handed me a baati that smelled like her (an old Somali lady smells like frankincense and Bengay, if you’re wondering) in her Columbus, Ohio, townhouse, and from then on I was hooked. Wearing it meant I was indeed a woman, not a girl, because baatis had been too long for me the previous year, when I was 4 feet 11. At 5 feet 2, however, they fit perfectly, and I could wear them every day. I could dress them up or down, shorten or lengthen them, wear them loose or tie them up to make them formfitting—whatever. Wearing a baati felt free, like being naked. Sometimes I kind of was naked; I wasn’t aware I was supposed to wear a slip underneath, so the silhouette of my legs reflected against the sunlight would leave me exposed. Not that I cared or noticed; this was before the words modesty or shame had entered my lexicon.

During my teens, the baati became my personal version of The Sisterhood of the Traveling Pants: a one-size-fits-all dress that symbolizes friendship. Every time I’d go to my best friend’s apartment, she would give me a baati to wear, and I’d quickly stuff the middle of it into my slip, creating a kangaroo-style pouch for my pink suede wallet in case we’d make halal store runs for Vimto and sambusas and so I could feel at home. When my mom was 16 and had just left Somalia, her mother gave her a baati to use as a washable menstrual pad because she couldn’t afford the store-bought version. She would wash the ripped-up baati by hand and reuse it.

Modifying the baati based on a specific need signifies agency. Wearing it as a sling to carry a baby is one potential use. Cropping and cinching it into a two-piece ensemble—something I’ve seen on social media a few times—is another possibility. And even if you don’t swim in one for modesty, as people I grew up with did, they’re ideal as beach cover-ups. “Anyone can wear a baati, so in that sense, it can’t be appropriated,” says Somali storyteller Hawa Y. Mire. “Sure, you can wear the baati to the beach, but it carries memories and stories for Somali women, like the time you didn’t have clothes to wear while visiting your cousins, or the time your parents brought you back a baati from a trip.”

In recent years, I’ve found myself more interested in the garment’s diasporic malleability, the way it becomes whatever we want it to be depending on the context. The fact that there are no rules makes baatis quintessentially modern and unencumbered by cultural restrictions, and I’ve started to interpret them as a symbol of Somali women’s continued resistance post–civil war. Not politicized or imbued with religiosity the way other modesty staples like the hijab, burkini, and abaya are, the baati is all about freedom—proving that Muslim women have it in spades.

Article by by SAFY-HALLAN FARAH for VOGUE