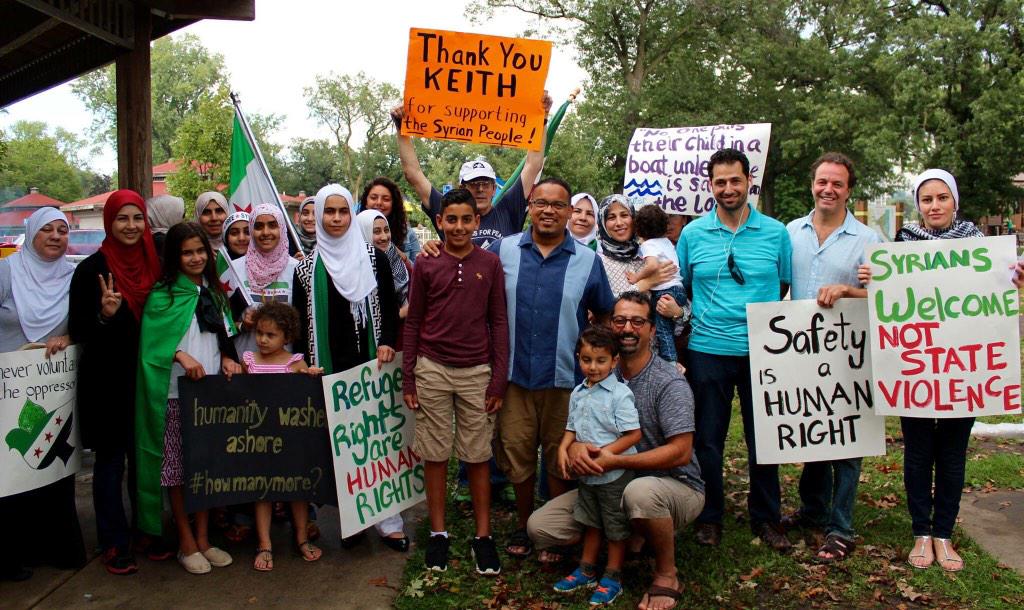 In the letter, Rep. Ellison calls for the United States to grant emergency asylum saying, “Security protocols account for significant delays in resettlement in the U.S., but we don’t have to sacrifice our humanity to ensure our security. The U.S. could grant emergency asylum to thousands seeking refuge while ensuring that proper security screening protocols are met.”

To date, the United States government has accepted only 1,500 Syrian refugees.

Full Text of Letter Below:

I write to urge you to do more to respond to the refugee crisis in Syria. Since 2010, more than 310,000 Syrians have been killed and nearly 10 million people, half of Syria’s population, have been forced from their homes. Life for Syrians has become hell, and the U.S. response remains inadequate.

The U.S. has long been a place of refuge for those fleeing violence, war and religious persecution. Now, more than ever, we need to live up to our history by increasing the number of Syrian refugees allowed to resettle in the United States. Lebanon, a tiny nation with far less capacity than the U.S., has taken 1.2 million Syrian refugees compared to our 1,500. We should also urge wealthy Middle East countries like Saudi Arabia, Kuwait, UAE, and Bahrain to do the same; these countries have taken in no Syrian refugees. Regional powers must step up and provide a safe haven for Syrians.

Security protocols account for significant delays in resettlement in the U.S., but we don’t have to sacrifice our humanity to ensure our security. The U.S. could grant emergency asylum to thousands seeking refuge while ensuring that proper security screening protocols are met. Peaceful Syrians have been driven from their homes by a tyrannical government and religious extremists; they want a safe place for their families and should not be discriminated against while seeking refuge.

To assist with regional safety, the U.S. could invest in creating humanitarian zones at the borders of Lebanon, Jordan, and Turkey where Syrian refugees can seek temporary safety. As Syrians risk their lives escaping violence, we have a moral obligation to lead by example and open our borders to more Syrian refugees and provide more regional assistance.

Furthermore, as images of drowned children break our hearts, we are not powerless to respond. There is a strong precedent of using the U.S. Navy’s Sixth Fleet to assist refugees by providing aerial monitoring and sea rescue to those forced to seek safety off land. For example, last year the Sixth Fleet helped rescue hundreds of African refugees sailing from North Africa to Italy, and in 2013 a Navy crew rescued hundreds of Somali migrants in the Mediterranean. Our naval forces are frequently called upon to provide assistance in a disaster, the crisis in Syria should not be an exception.

Last week Syrian Americans in my district came to an event holding signs that read “Safety is a human right.” My constituents are right. This is a humanitarian crisis requiring more than a monetary contribution. Scripture tells us to whom much is given, much is expected. We are not pulling our weight. We must exercise our enormous power to provide assistance to those fleeing brutal dictatorship and violent extremism in Syria. Time is of the essence.

Ilhan Omar, the First Somali-American Legislator in the US, was Sworn in Today