Somalia’s new Prime Minister, Hassan Ali Khayre, is expected to announce ministers soon. Some reports suggest he could make the announcement today. There  are so many qualified Somali induvials he could choose, but we believe these four are capable and incredible people he should include in his new cabinet. 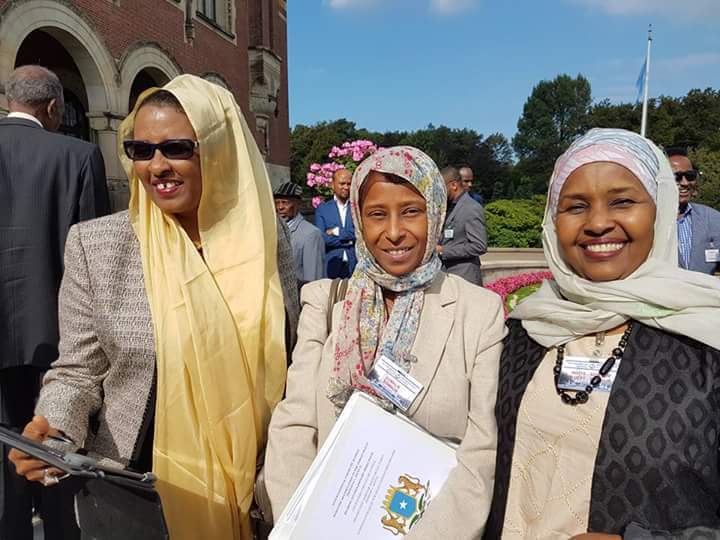 If you have not heard about Mona al-Sharmani, well, you have not been following Somali affairs. Mona is one of the attorneys who have represented Somalia’s legal case before the International Court of Justice (ICJ) in the Hague, Netherland. Kenya and Somalia are embroiled in a maritime dispute that is currently before the International Court of Justice.

Hassan M. Abukar, contributor for Wardheer News, wrote “Mona represents what is good about patriotism, national service, and work ethics. She has made a name for herself through her education, extensive legal experience, and service.

Could Mona al-Sharmani be the next Attorney General? Dr. Maryam Qaasim, a medical doctor by training, served as an obstetrician and gynaecologist, living and working in various places, including Somalia, Yemen, the Netherlands and the United Kingdom. Additionally, she was a university lecturer.

Could Dr. Maryam Qaasim be Somalia’s next Health Minister?

Dr. Abdirahman Duale Beyle is a Somali economist, professor, and politician. He served as the Minister of Foreign Affairs and International Cooperation of Somalia from January 2014 to January 2015. Prior to his appointment as the foreign minister, he worked with African Development Bank (AfDB) as an economist. In addition, Dr. Beyle taught economics, statistics, and finance at universities in Saudi Arabia and the United States.

Could Dr. Abdirahman Beyle be the next Foreign Minister?

4. Yussur Abrar as the Next Finance Minster?

Abrar’s first announced priorities included revitalizing the national financial system through the issuance of licenses to banks and other financial institutions, collaborating with stakeholders on the remittance market, strengthening the regulation framework to ensure fiscal responsibility and transparency, and instituting monetary policy vis-a-vis job creation to galvanize economic development and growth. As a possible finance minister, she could realize all these priorities.

One of the main reasons we believe Yussur Abrar would make a great finance minister, is a talk she gave in Toronto. See it for yourself below. She has a vision for stronger Somalia that has its finances together.

Could Yussur Abrar be the next Finance Minister?

Our editors believe these four Somali individuals would be capable leaders that should be considered to hold ministerial positions. We have the new Prime Minister and the President both consider including them in the new cabinet.

What do you, the reader, think of these individuals? Do you know others who would be strong candidates for these ministries or other ministries?